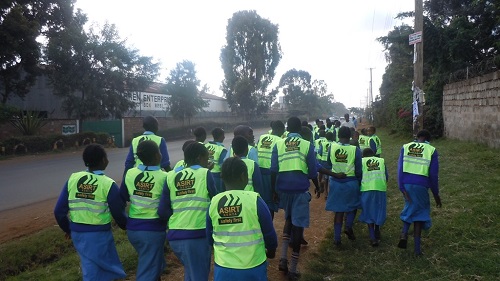 A growing epidemic of road traffic crashes is devastating the next generation of children around the world. Every 30 seconds a person is killed in a road crash more than 3300 per day and over 1.2 million people per year dying in road crashes worldwide. As many as 50 million are injured. Vulnerable road users are particular at risk, especially children. 500 children die every day in road crashes. In many Asian, African, and Middle Eastern countries between 40 and 50 per cent of people killed as a result of a road crash are pedestrians.

According to NTSA (National Transport and Safety Association) statistics, as at 24th of August 2015 Kenya has had 7607 people who have been involved in road crashes. Out of this 1,899 have died, 2,869 seriously injured and 2,619 slightly injured. Pedestrians take a large number with a total of 1,651 of those involved in road crashes. Children fall under this category.

Children are vulnerable road users. Anywhere where there is a potential for moving vehicles is a potentially dangerous traffic situation for children. This is because:

Having school based road safety campaigns and education/ training programs. 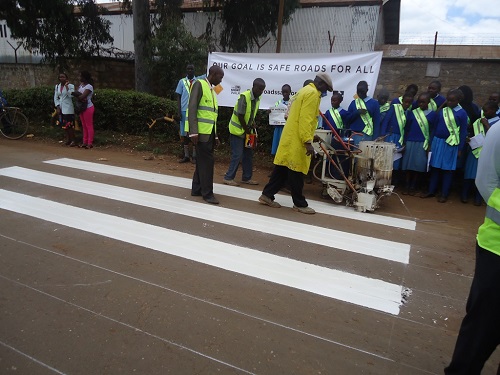 Encourage and assist parents in forming street crossing patrols for their children.

Through partnering with schools and having access to PTAs, parents are advised to teach their children about road safety. This is sensitization during parents meetings and other interactive school activities.

With partnership with Usalama Watch Initiative, a person was stationed at the road with a stop and go sign (lollipop) to stop traffic and allow children to cross the road safely

Help communities get organized as a key part of creating the long-term cultural changes that will keep children safer on the roads.

Use of reflective material to promote visibility 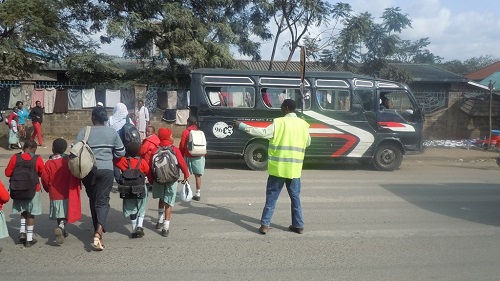